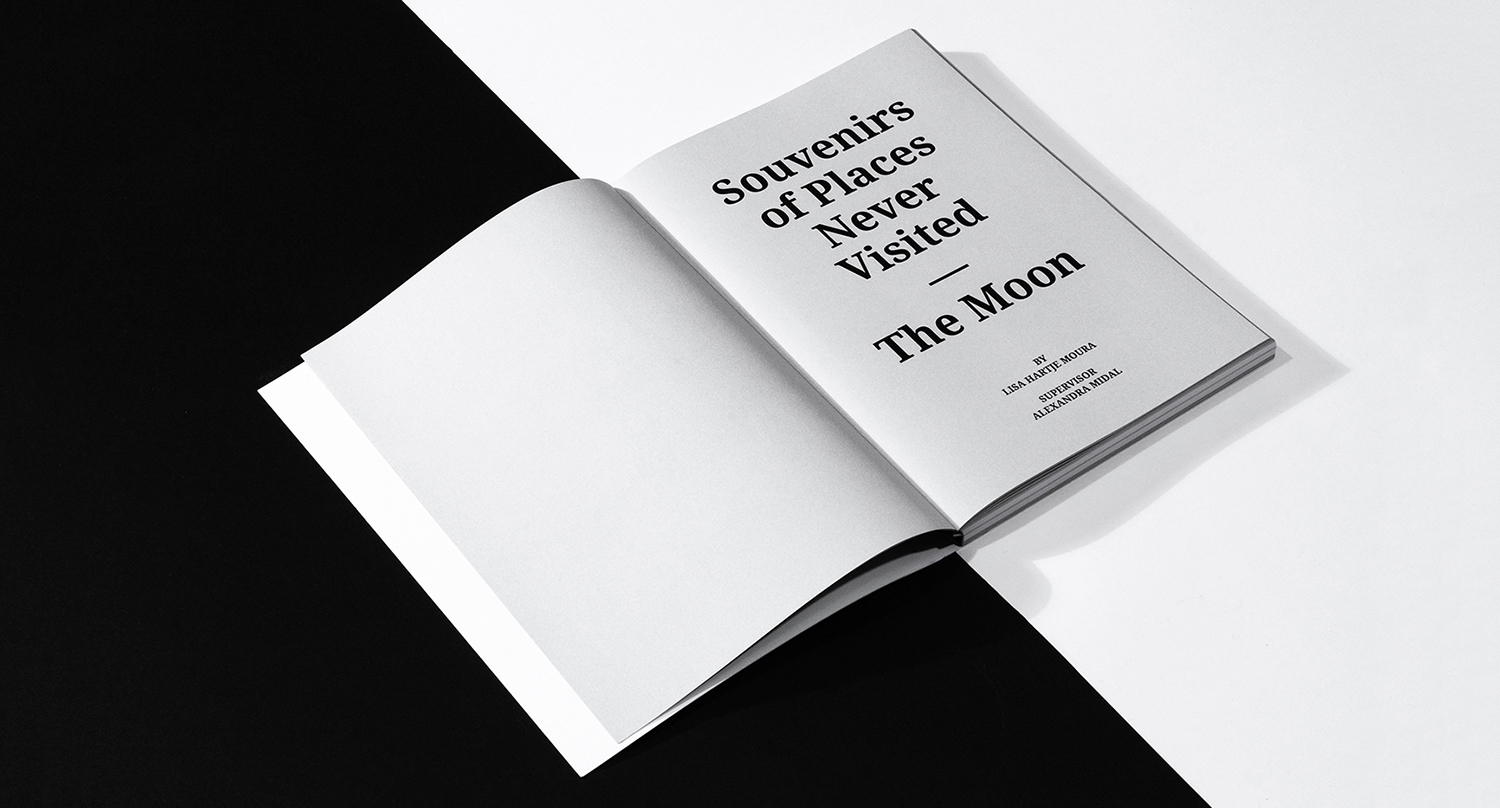 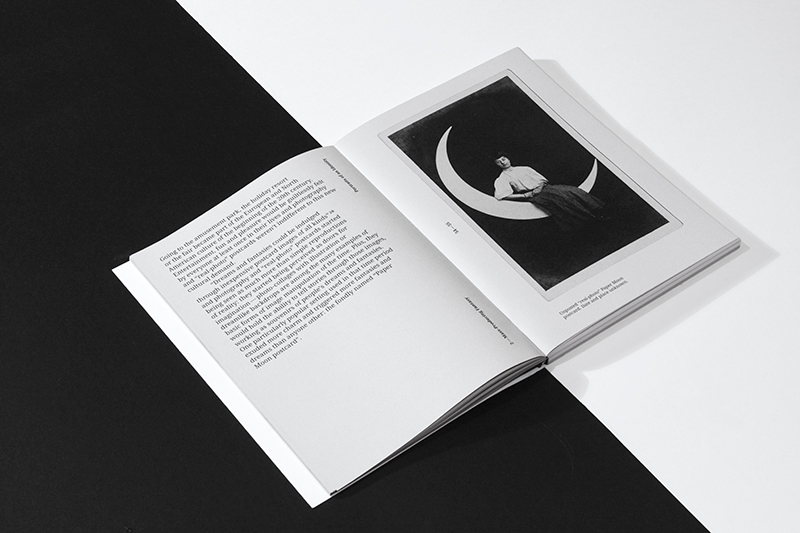 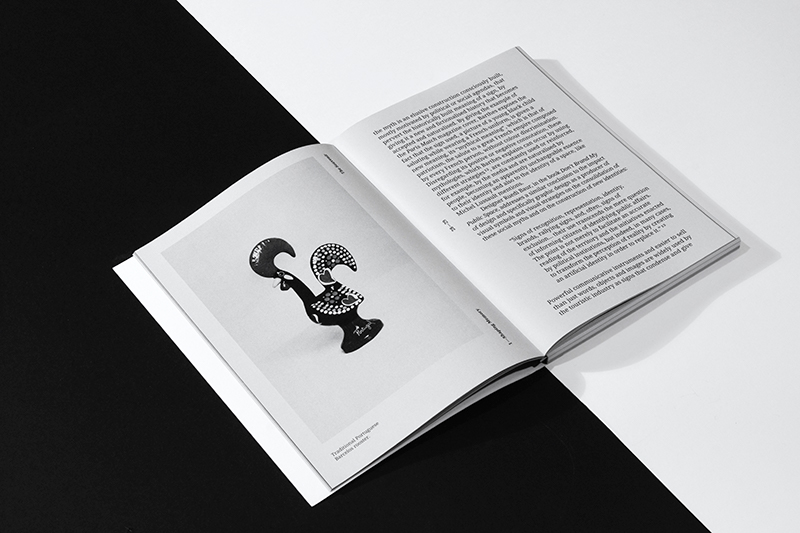 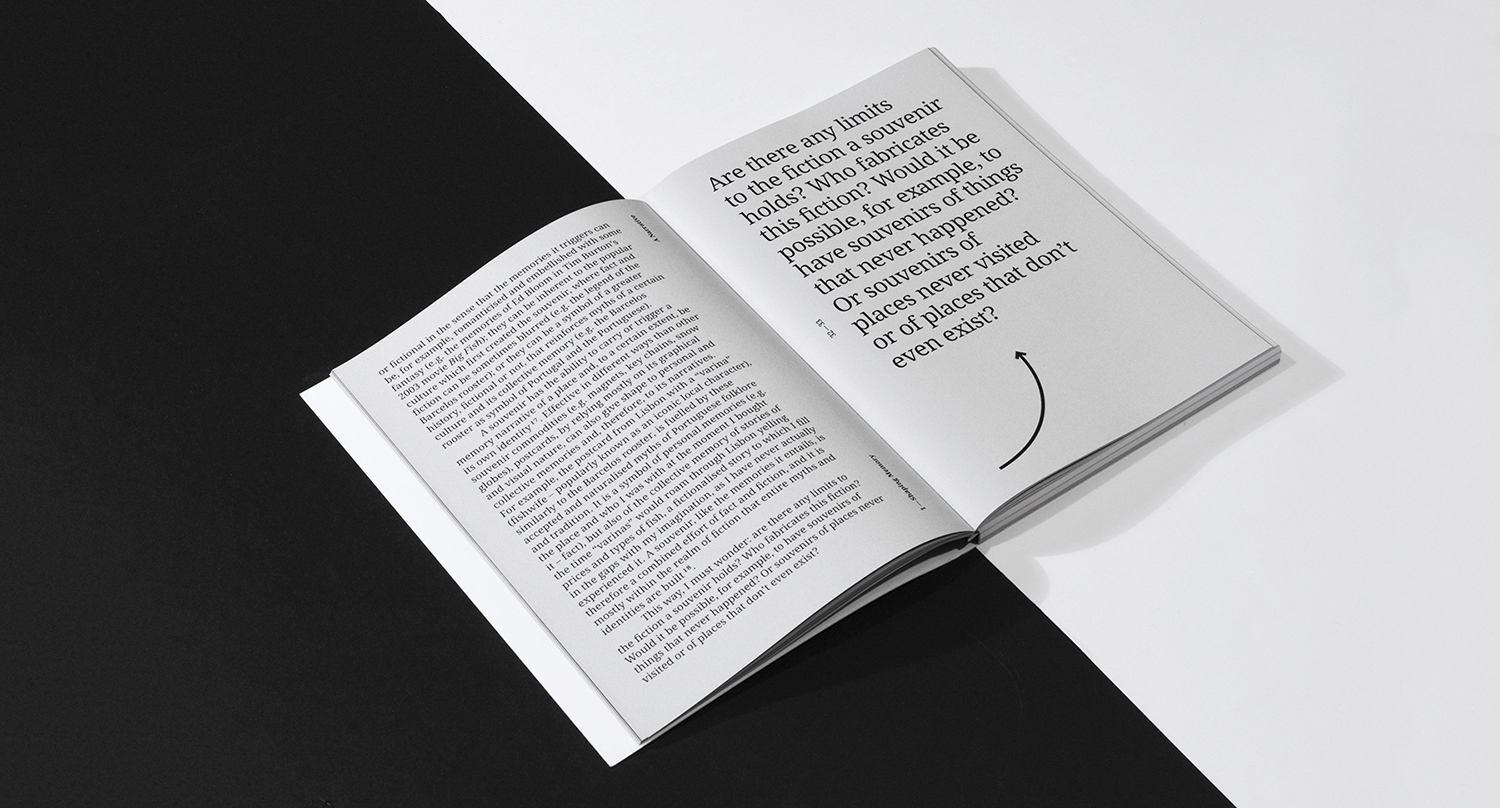 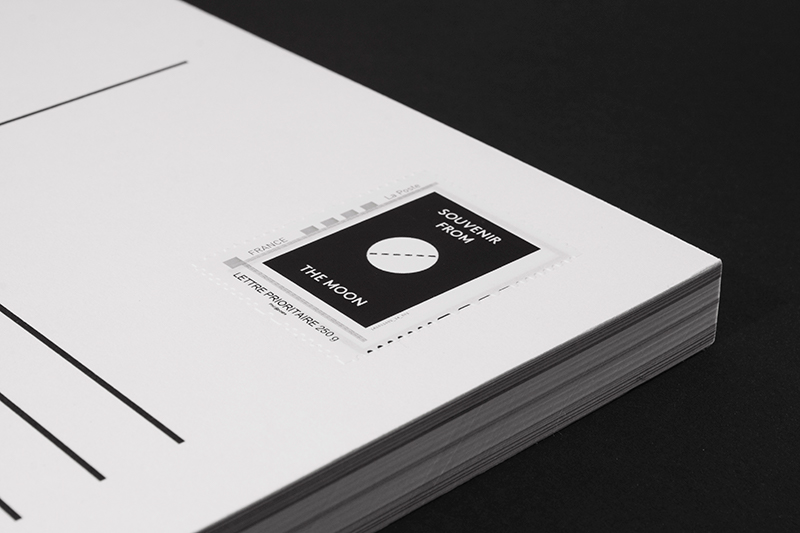 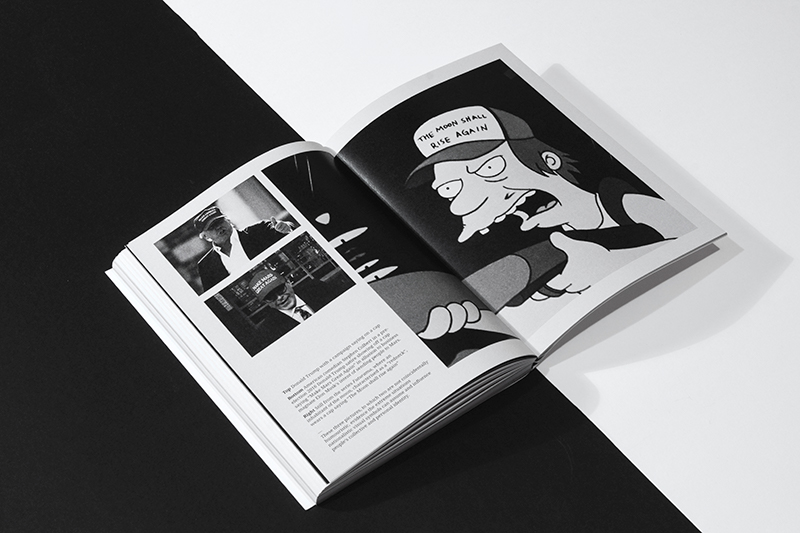 “What is it that makes us feel that we belong to a certain place?” This question introduces the analysis of the ways design can influence, create and reinforce feelings of self or collective identity. “Souvenirs of Places Never Visited: the Moon” focuses on how the commodified souvenir can condense and give shape to perceptions of identity, sometimes reduced to feelings of nationality, and analyses how visual strategies are so powerful to the point of creating collective identities to places that don’t exist or have never been visited, like the moon. In order to test out this possibility, it showcases a study around a possible souvenir from the moon that became a phenomenon in the beginning of the 20th century: the Paper Moon. To show both the research and the collection of Paper Moons gathered (more than 300), two books were designed: “Souvenirs of Places Never Visited: the Moon” and “Inventory of Paper Moons”. 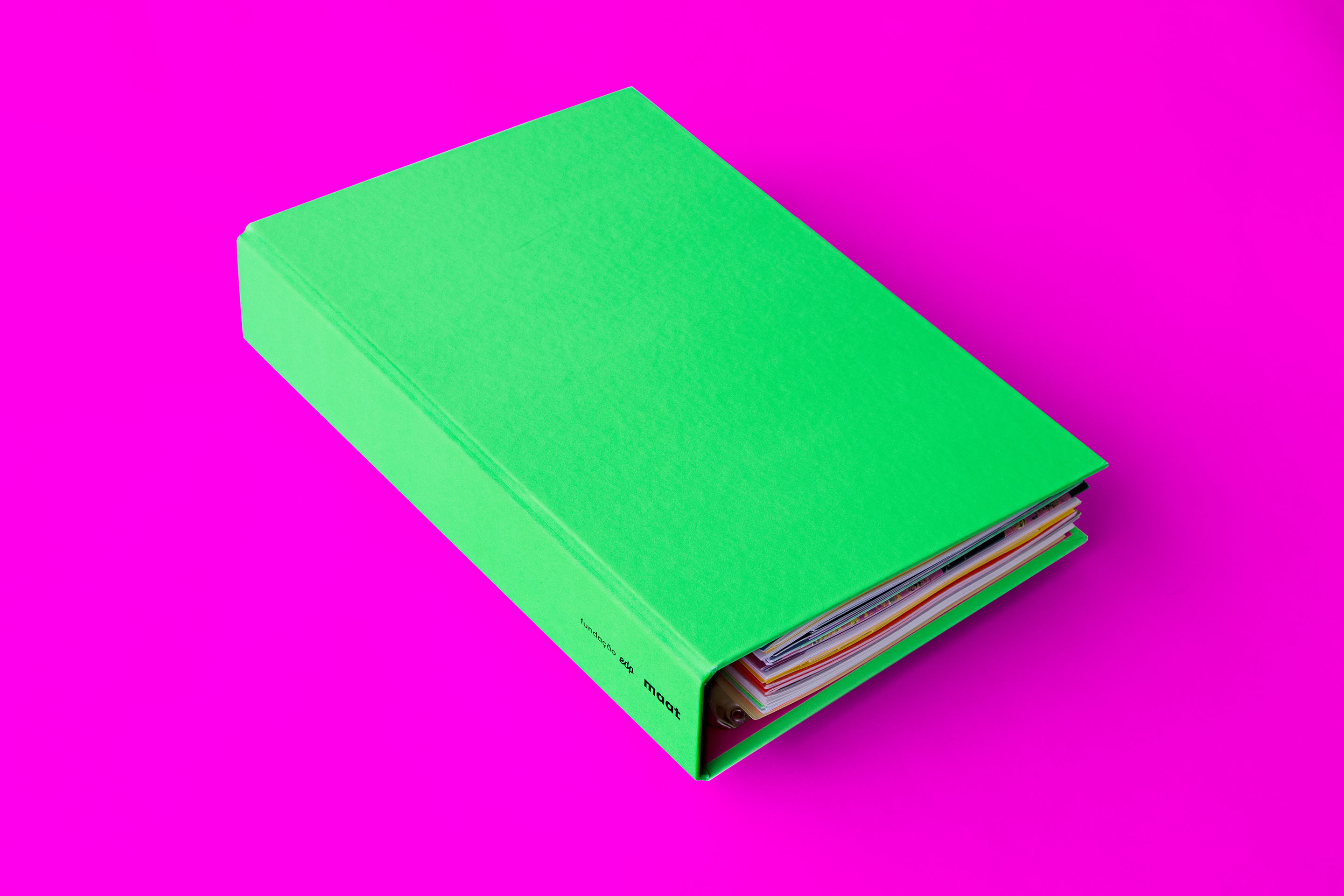 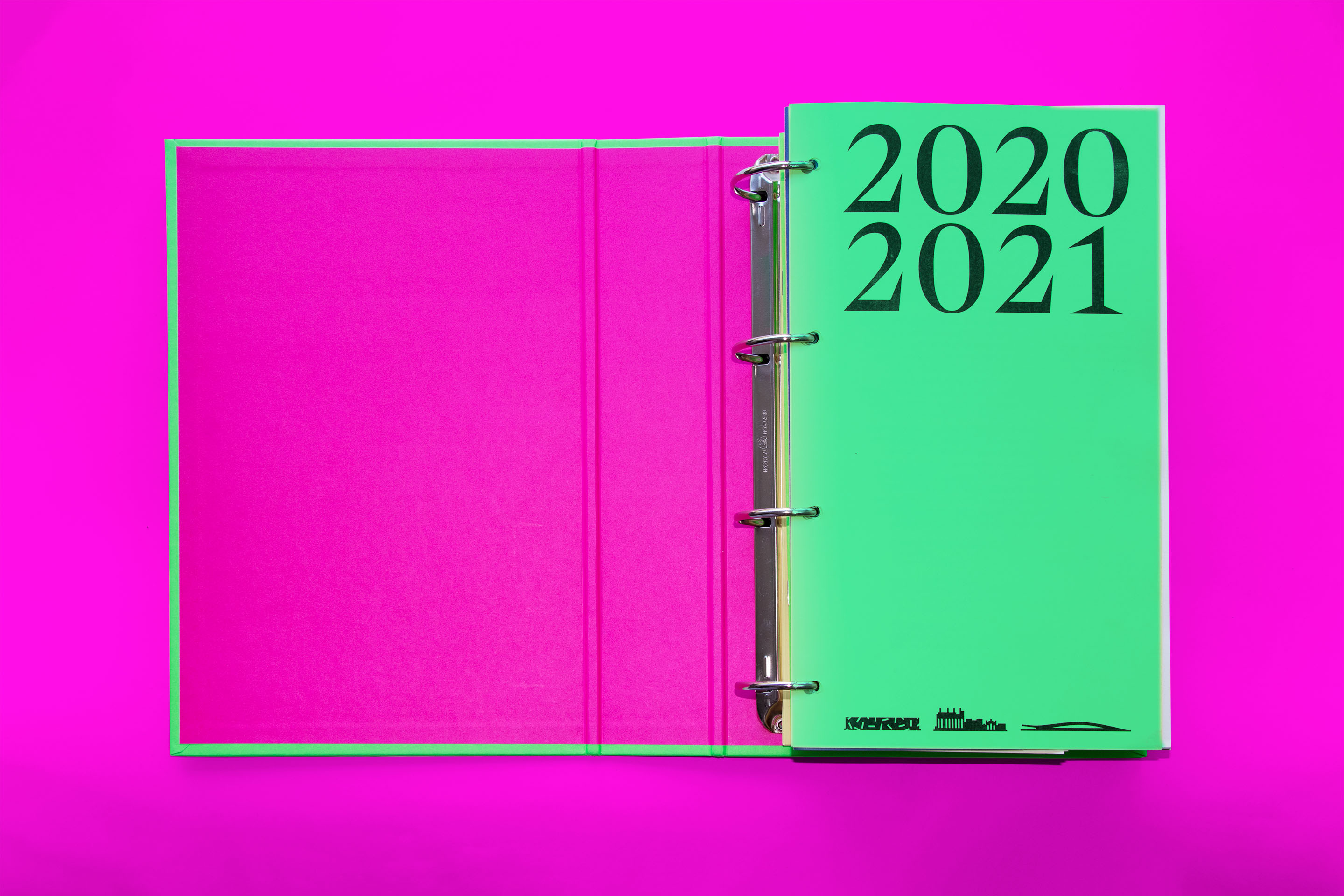 "maat book 2020-2021" is the culmination of 2 years of collaboration with maat – Museum of Art, Architecture and Technology. It features a total of 24 booklets and foldouts specifically developed for the museum's exhibitions and public programmes, some of which designed by a roster of invited designers – Beatriz Severes, João Turvo, studio òbelo, Joana Pestana & Max Ryan, Omnigroup and dotdotdot – following a general template developed for the 'maat papers' series. Editors: Beatrice Leanza, Nuno Ferreira de Carvalho. © of this edition: EDP Foundation, 2021. 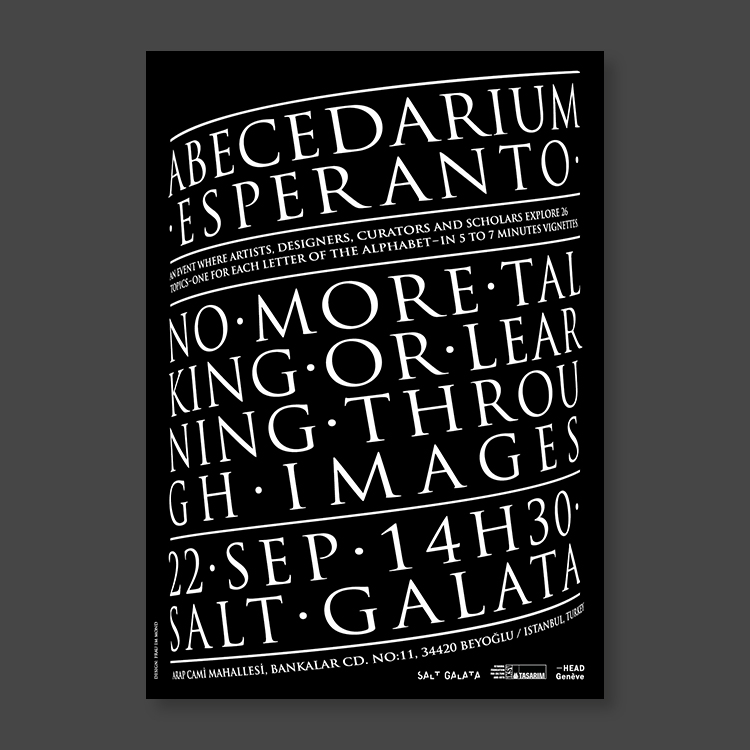 Abecedarium is an event organised by Alexandra Midal, which consists of a series of talks – one to each letter of the alphabet – related to a given subject. The "Esperanto" edition will take place in Istanbul at Salt Galata, and focuses on the power of images and on the possibility of new languages for designers and visual artists to express new visions. The poster for the event is 'Trajan's column meets John Carpenter's 1988 movie "They Live"'. To achieve this, the poster works with the possibilities of augmented reality to reveal its hidden iconic images and movies, alluding to the power of mind control most images hold. (Instructions: download the Roar AR app on your phone, scan the poster and watch it unfold) 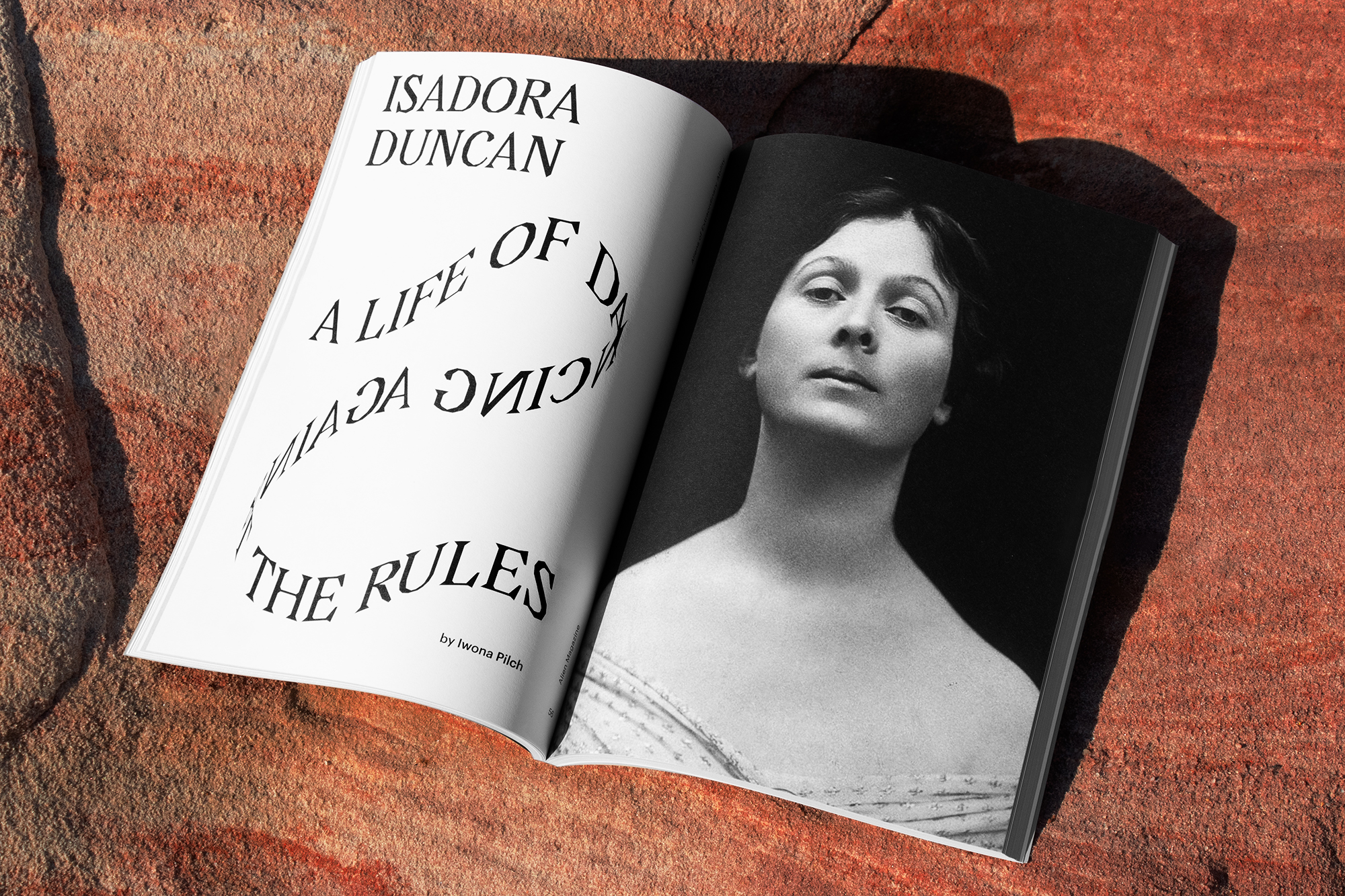 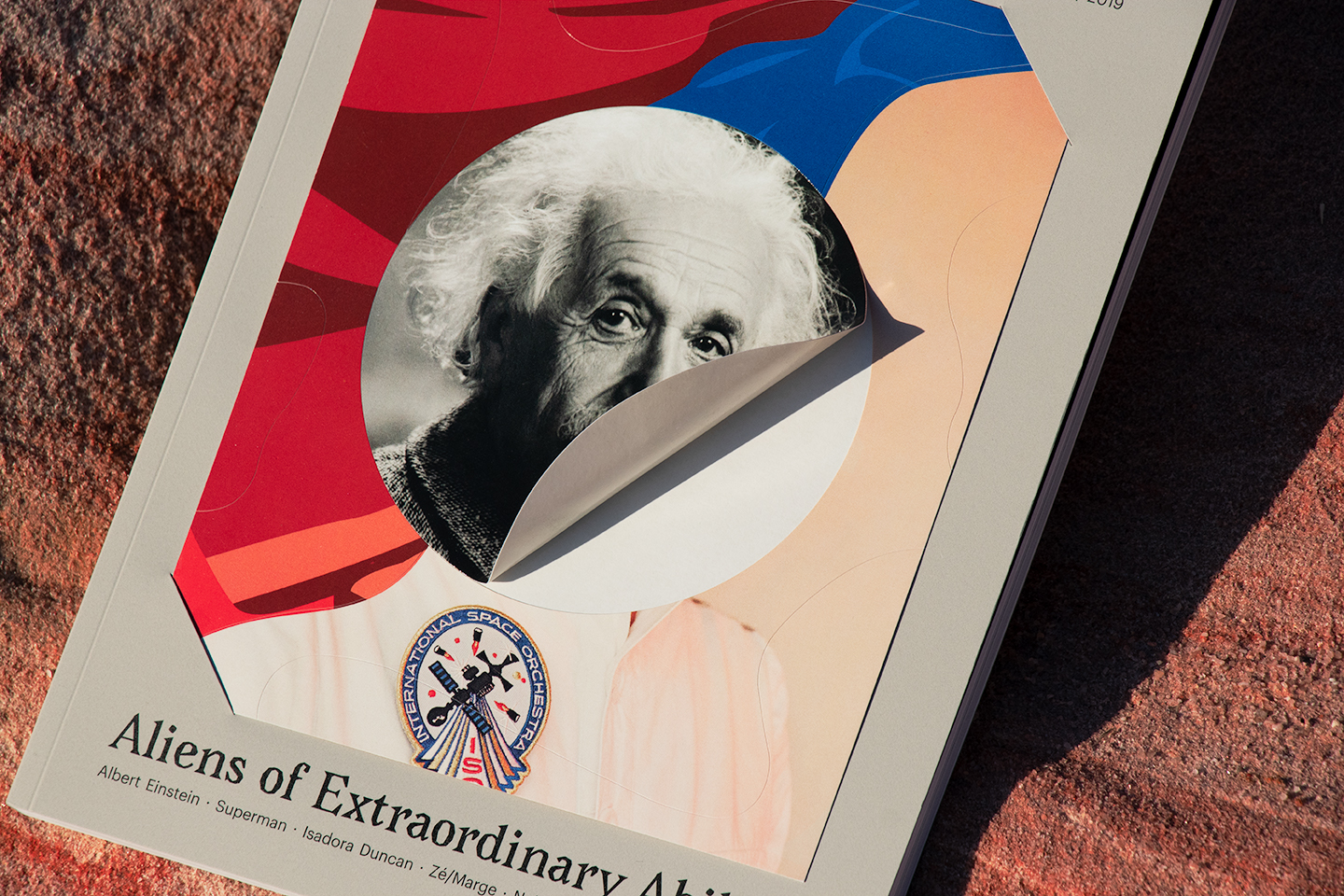 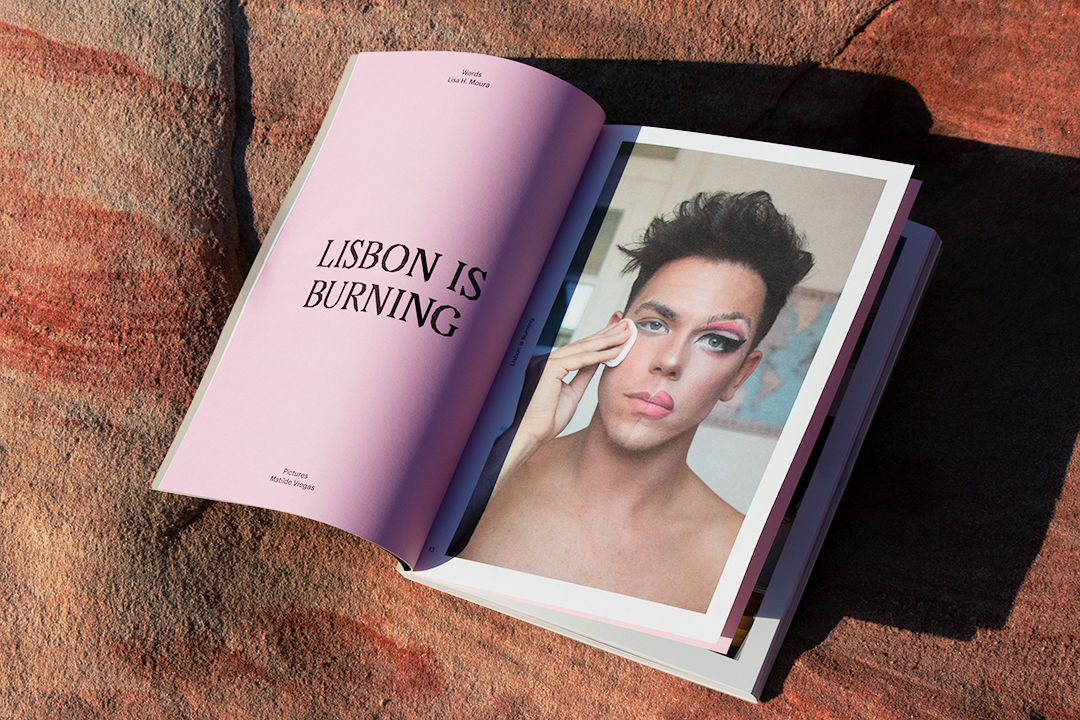 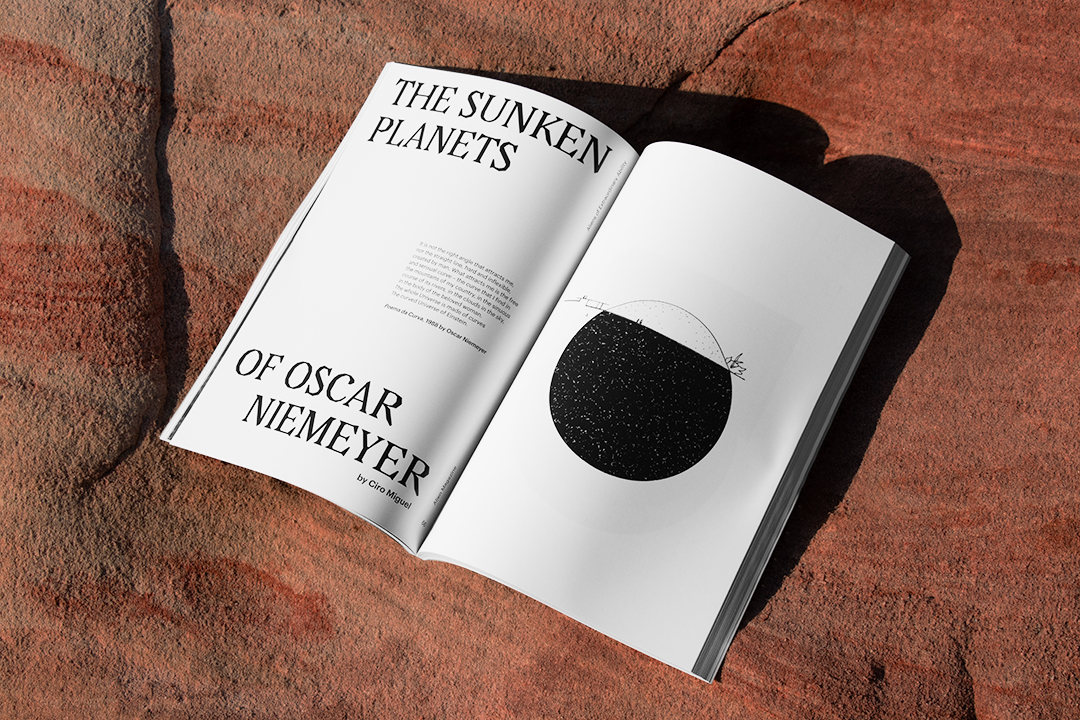 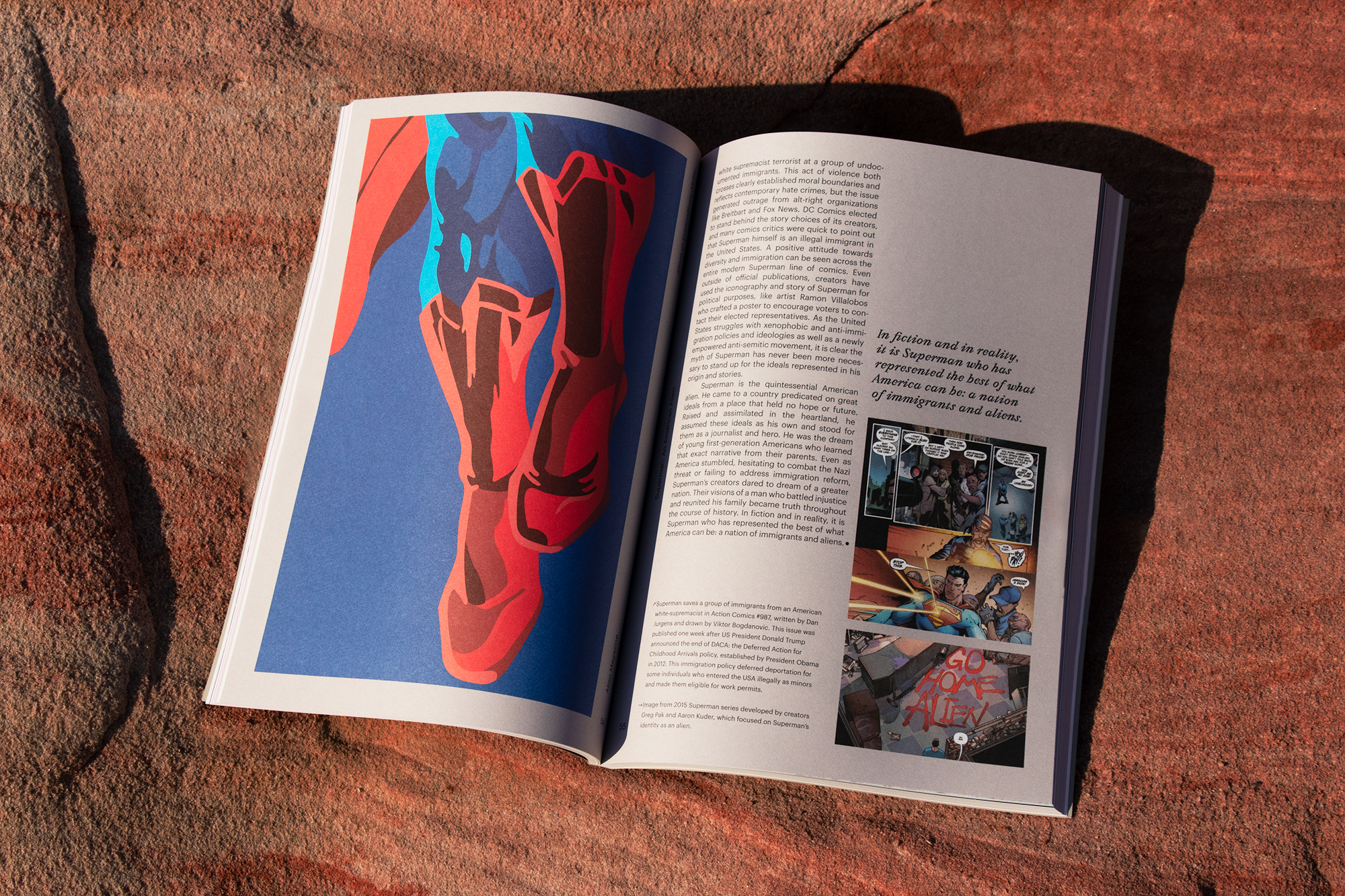 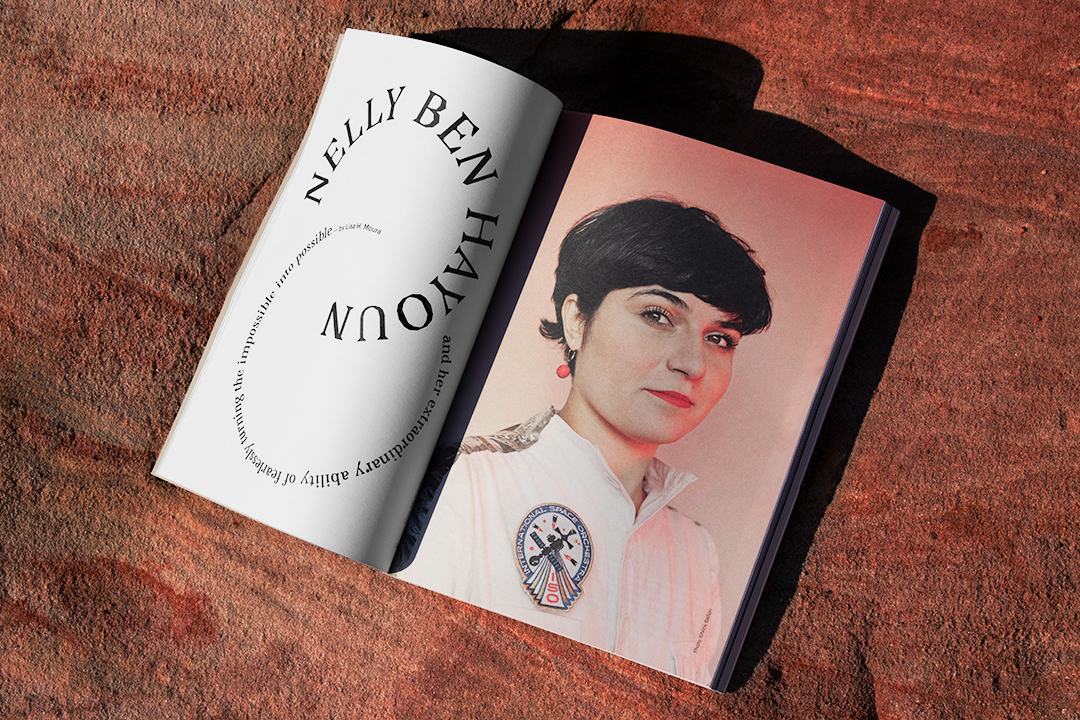 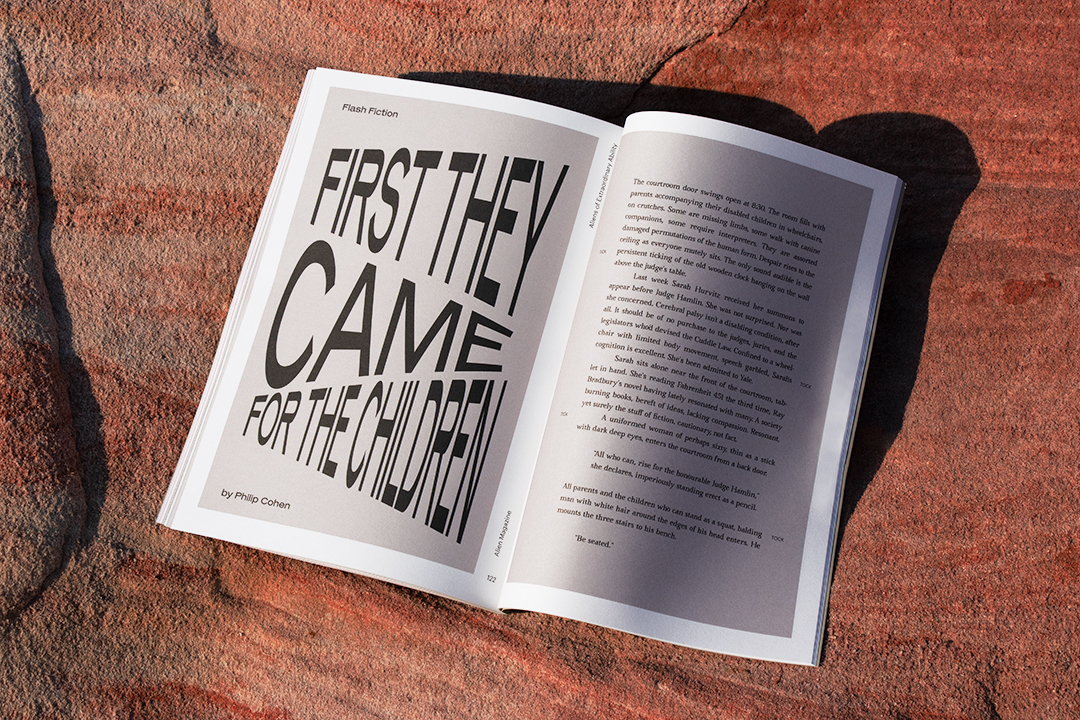 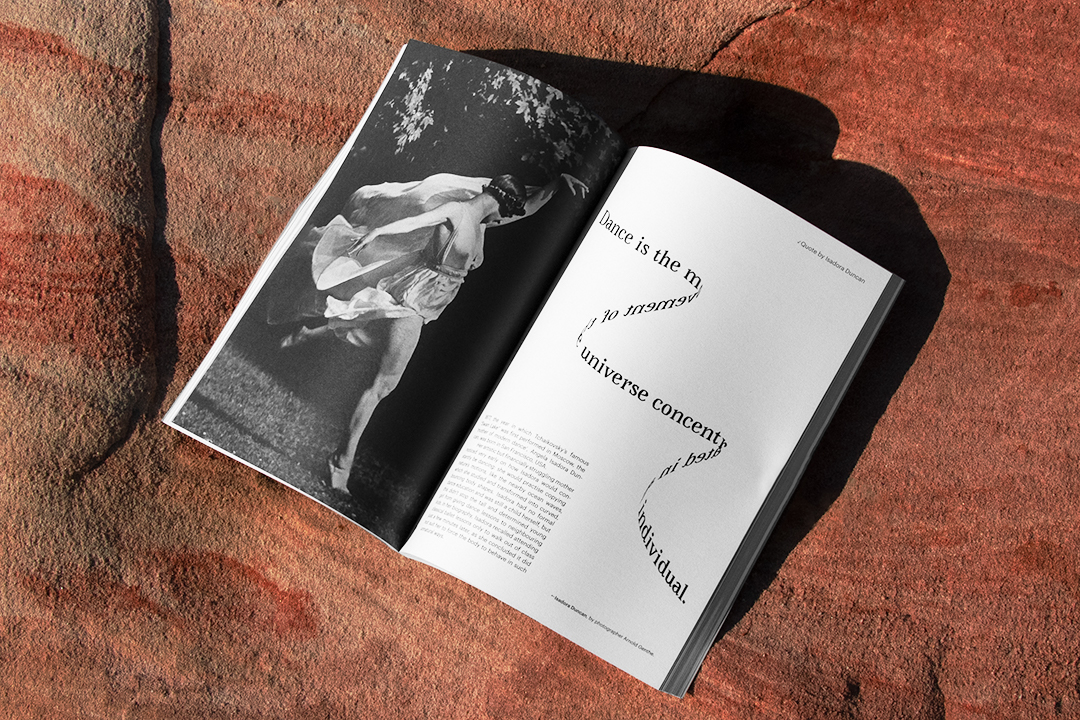 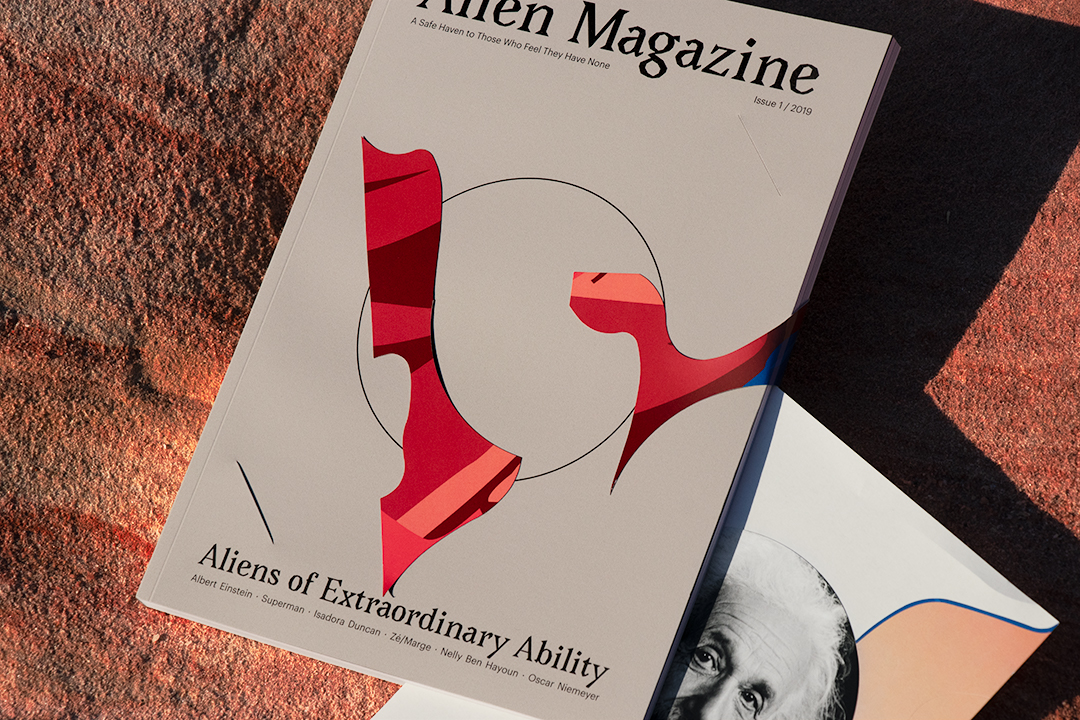 Alien Magazine is a newly launched independent publication which "explores, twists and pushes the boundaries of the understanding of what an alien is. In a series of visual/written essays, interviews or investigative reports, it invites citizens, no matter their shape, size, color, profession, political party, creed, belief, nation, planet to rethink social norms and labels." Aliens have been alienated despite all their efforts to fit in, so the design of the magazine alludes to these dichotomies and plays on contrasts: the display typeface Avara is a classic serif font with rough edges; the paper for the cover—Arjowiggins' Curious Matter collection—has a rough, strange and almost unwelcome touch whereas the selection of papers in the interior are soft to the touch and to the eyes; traditional blocks of text are visually cut by freely curved lines of text which want to be seen, albeit sometimes unreadable, etc. The same logic was applied to the website, which uses simple scroll features and breaks these with unusual functionalities. 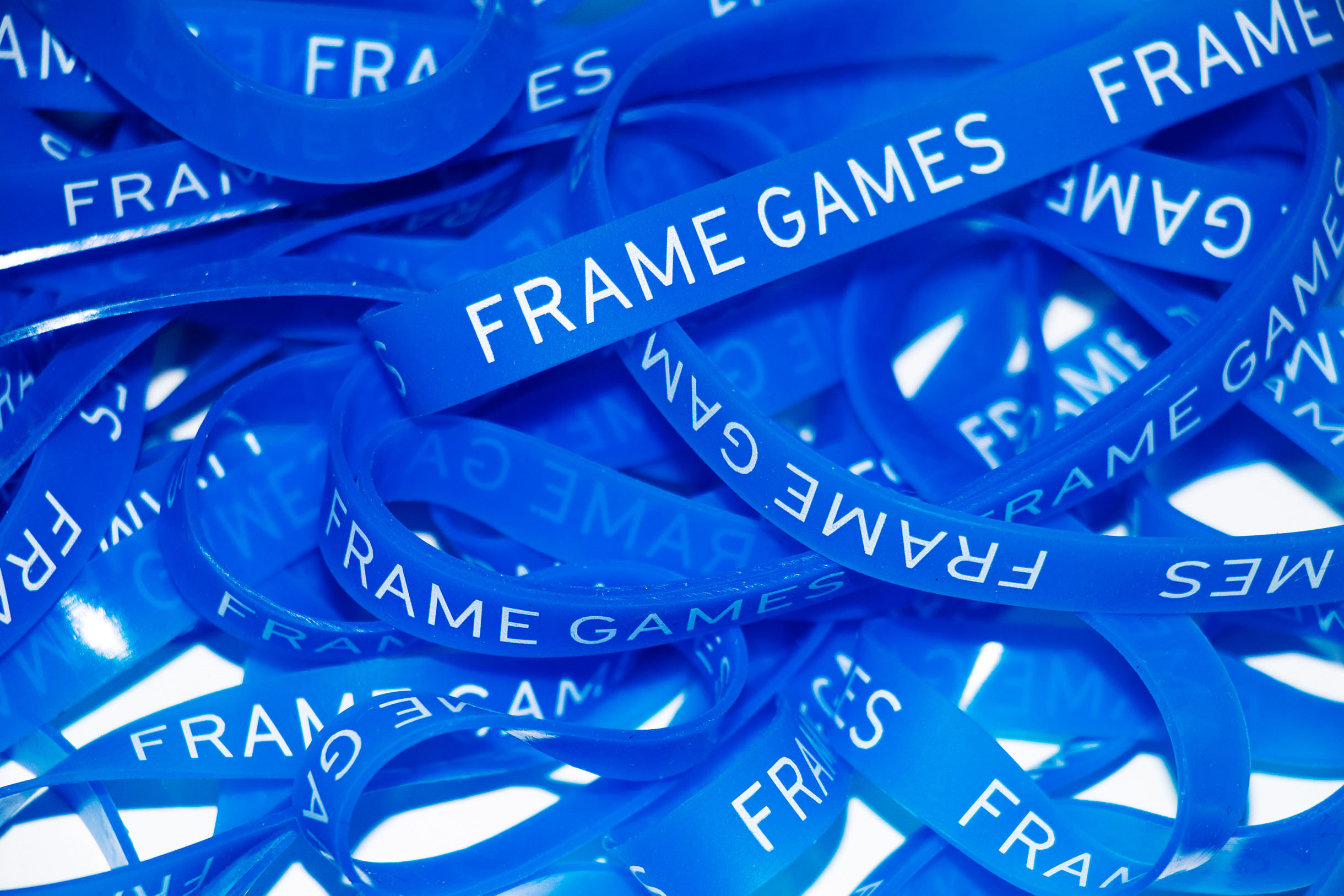 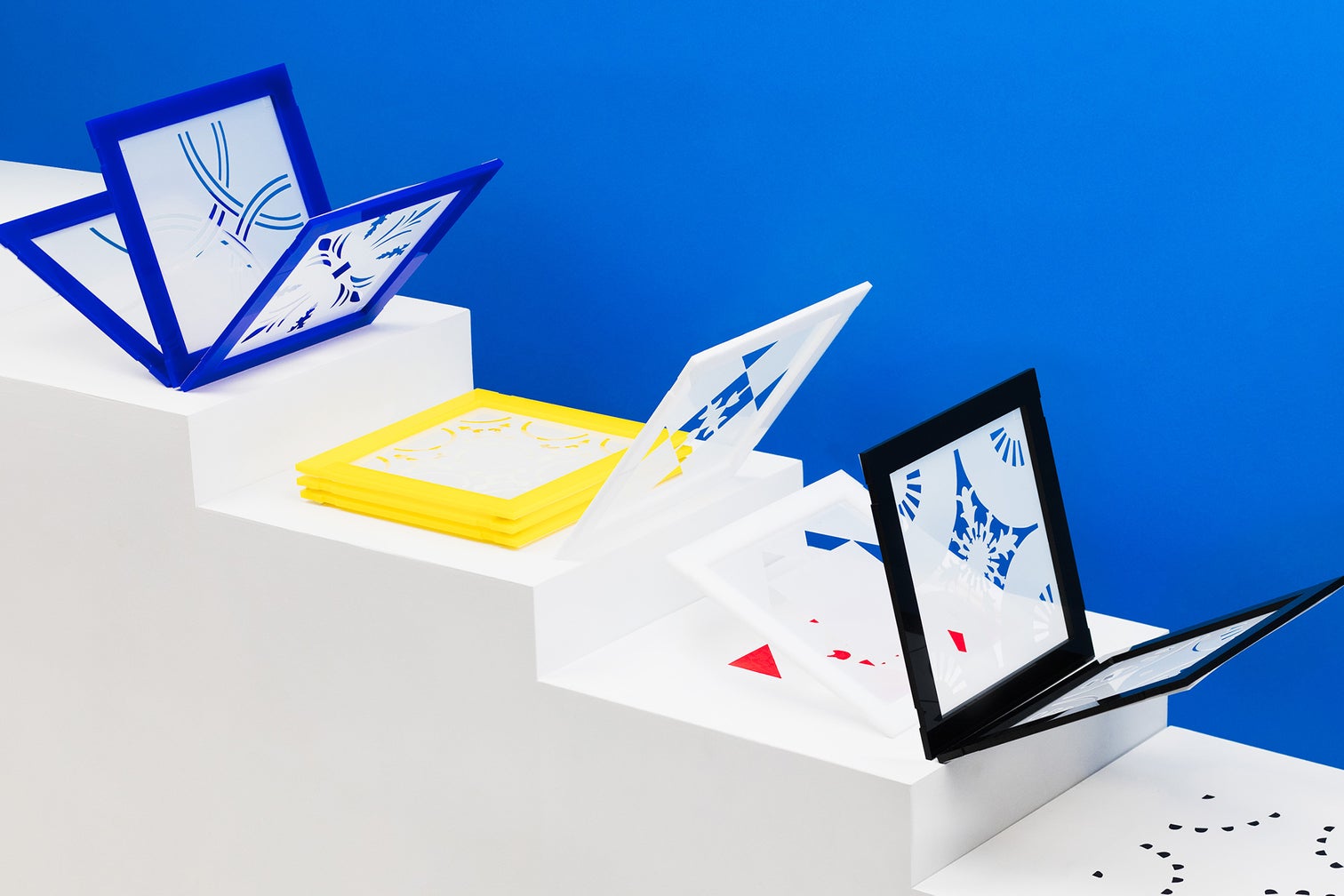 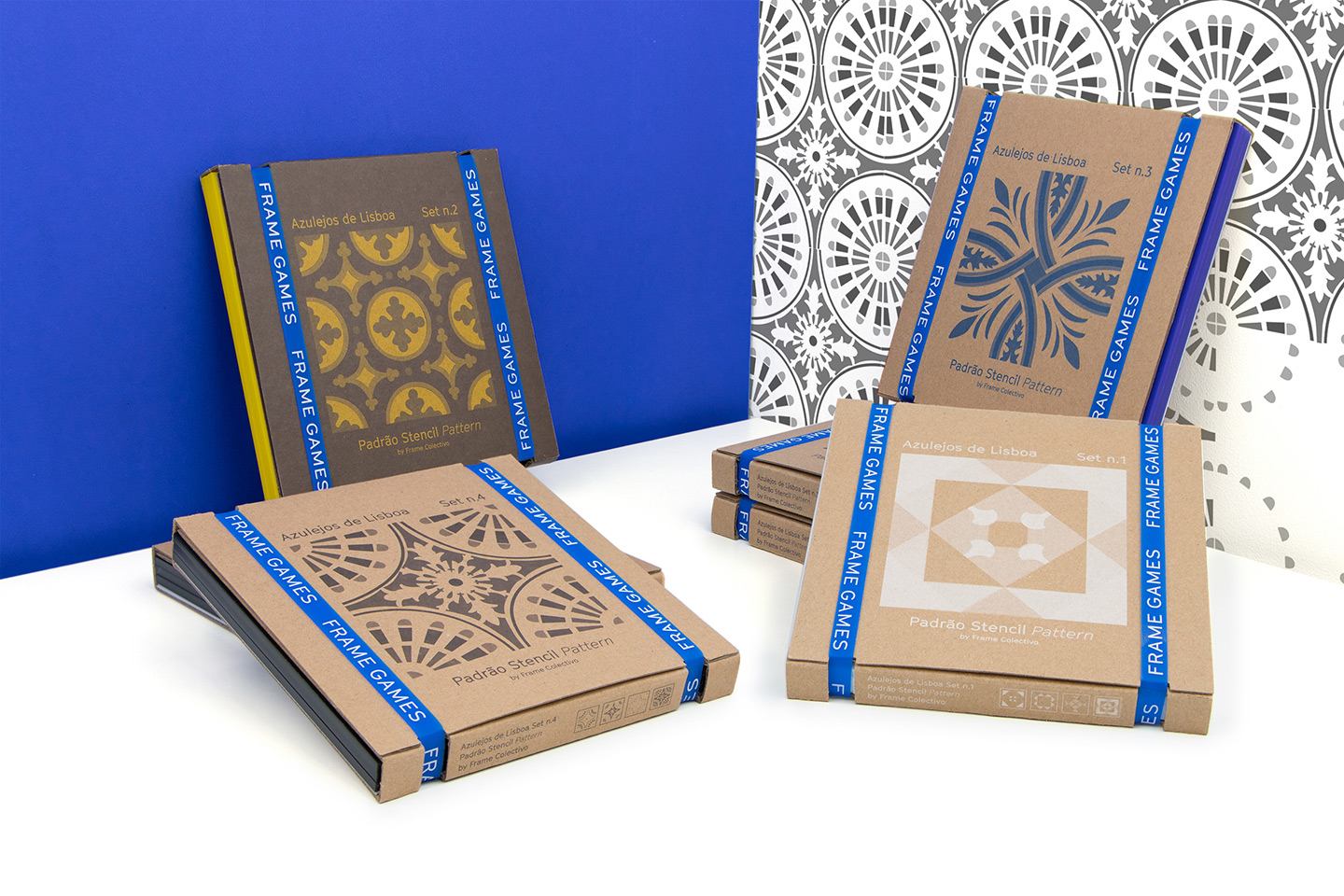 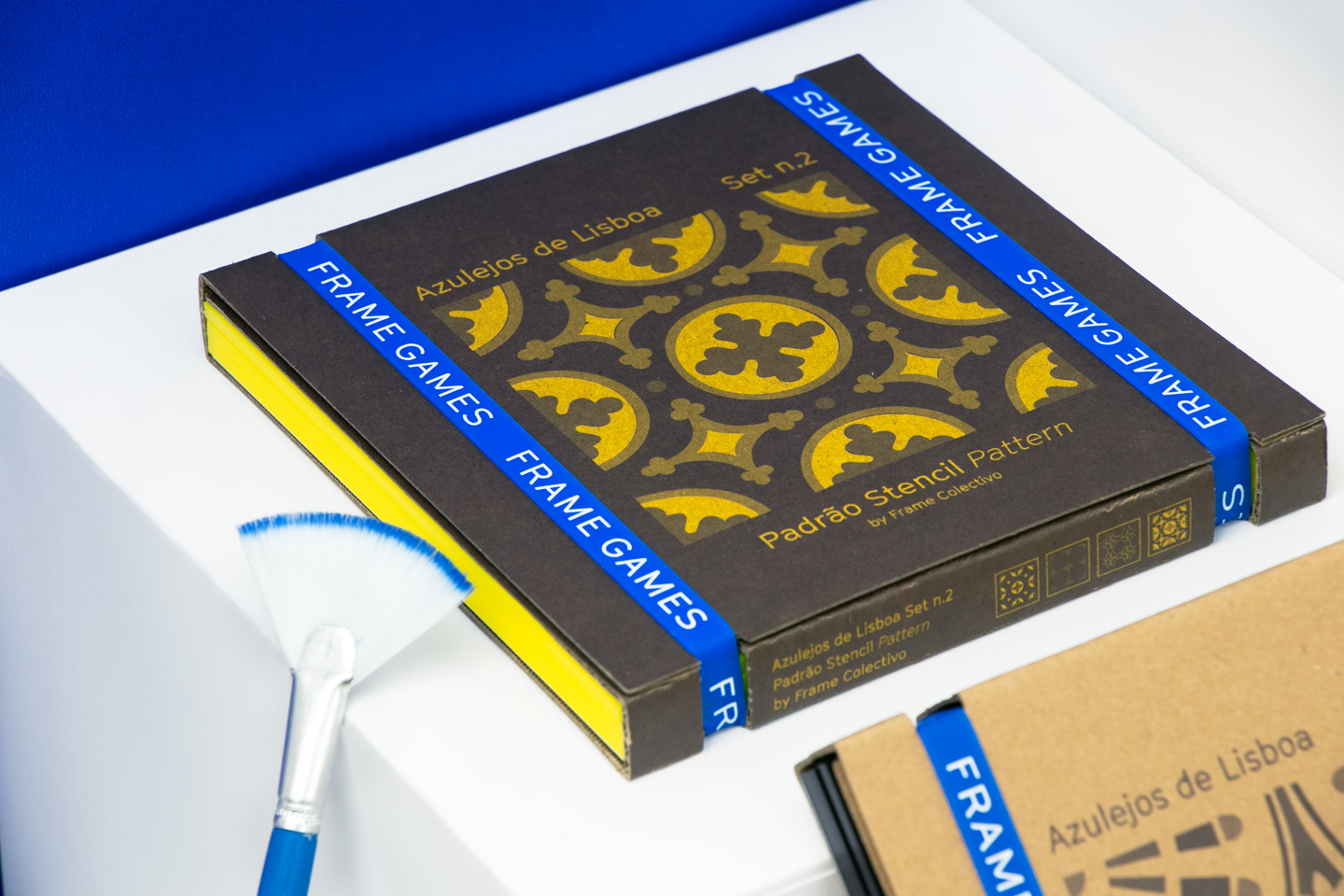 Frame Games is a platform for social, historic and playful explorations of architecture and urban-related topics and issues. Its visual identity stemmed from the concept of the frame which is an object that adapts itself to its contents and groups/separates them. A frame represents a certain level of flexibility and yet it provides a clear boundary, so Frame Games’ signature is a blue rubber band which adapts itself to gather its multiple products and to frame its ideas becoming a playful as well as a functional tool for identity. 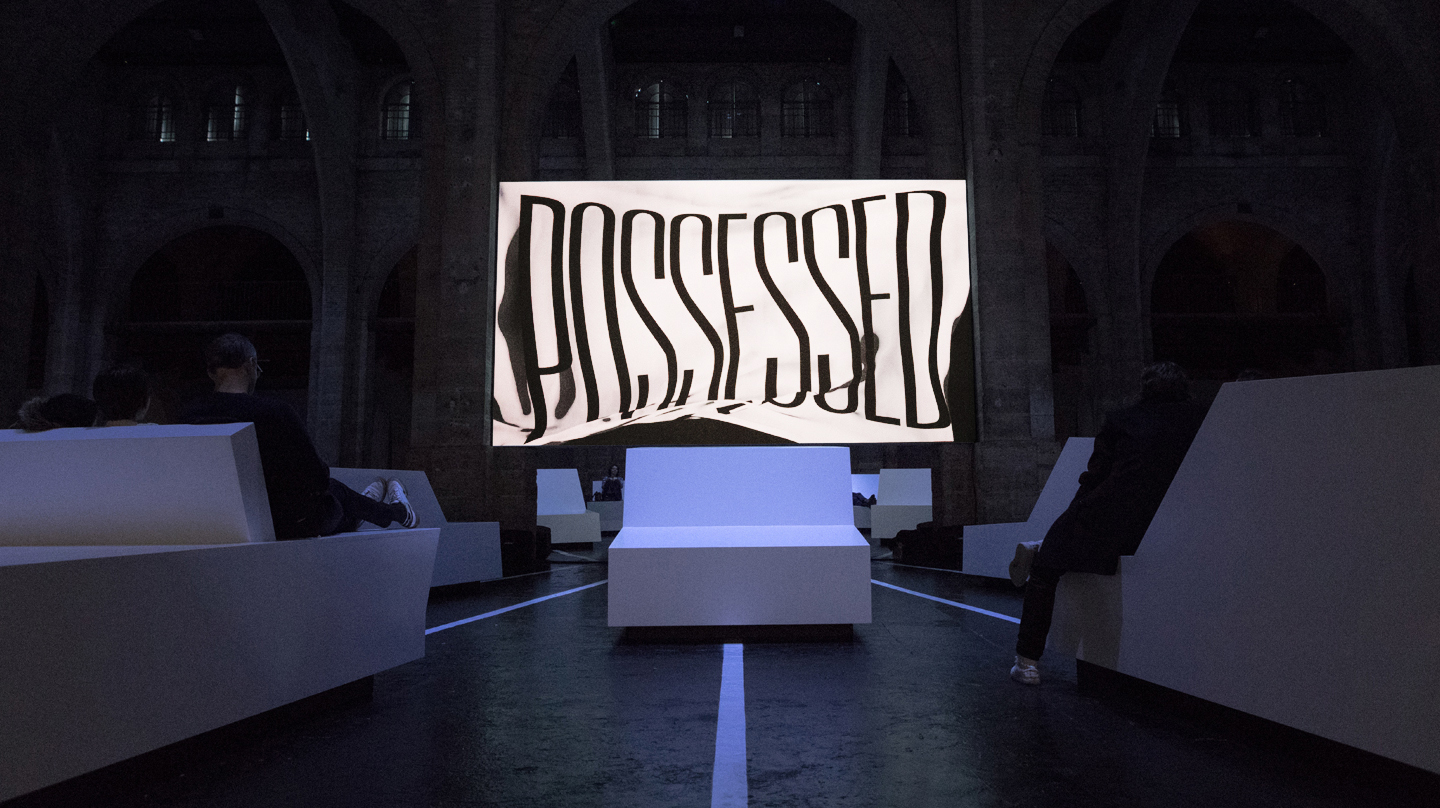 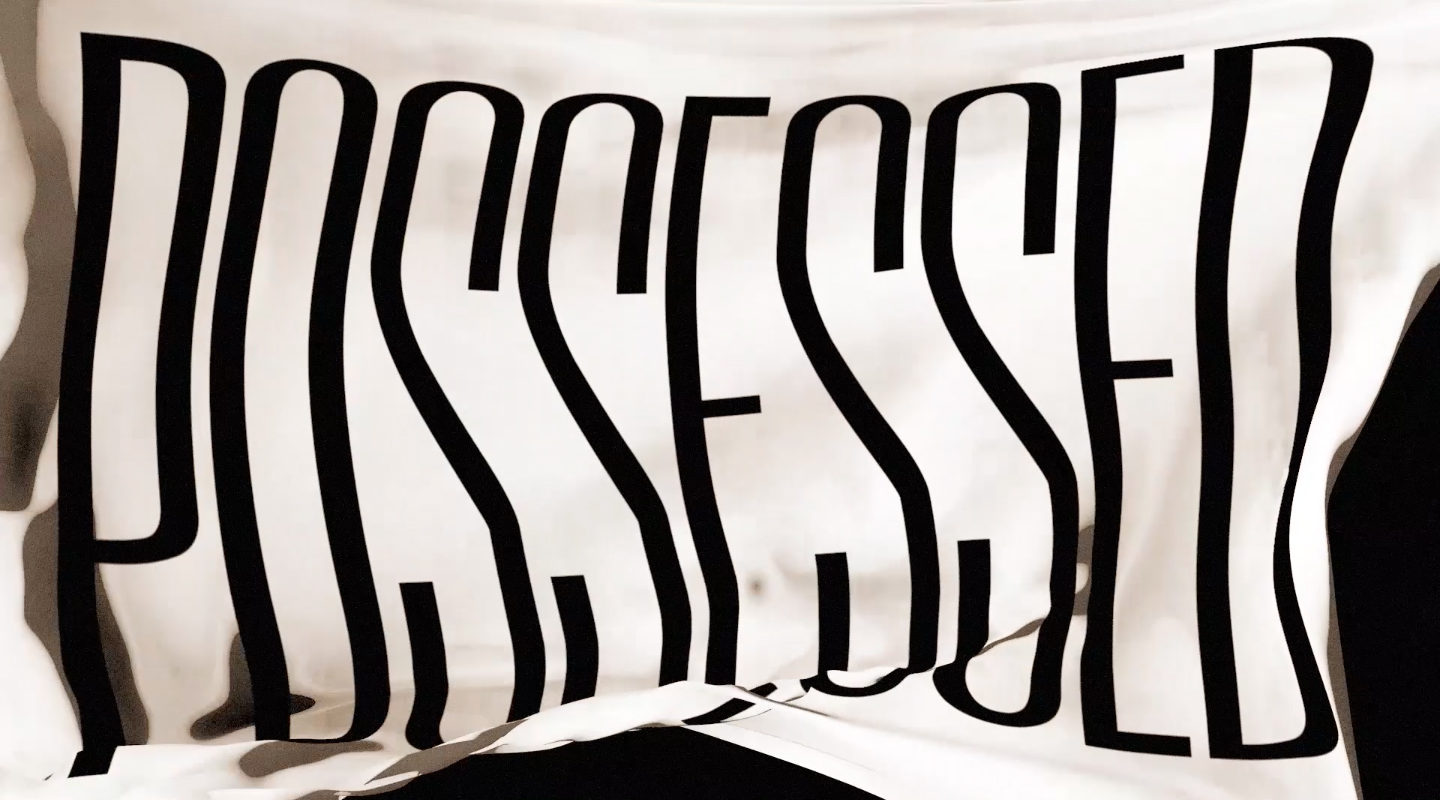 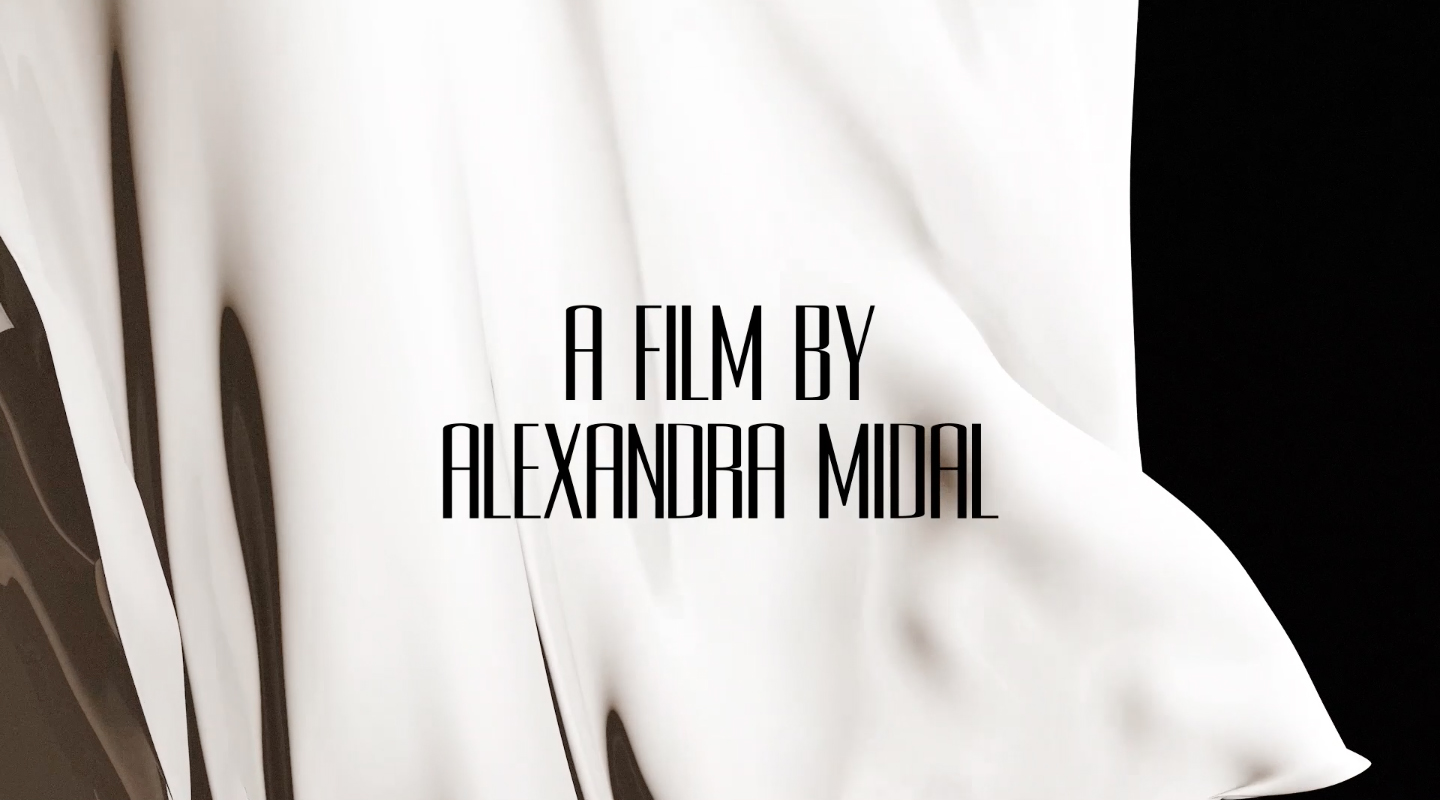 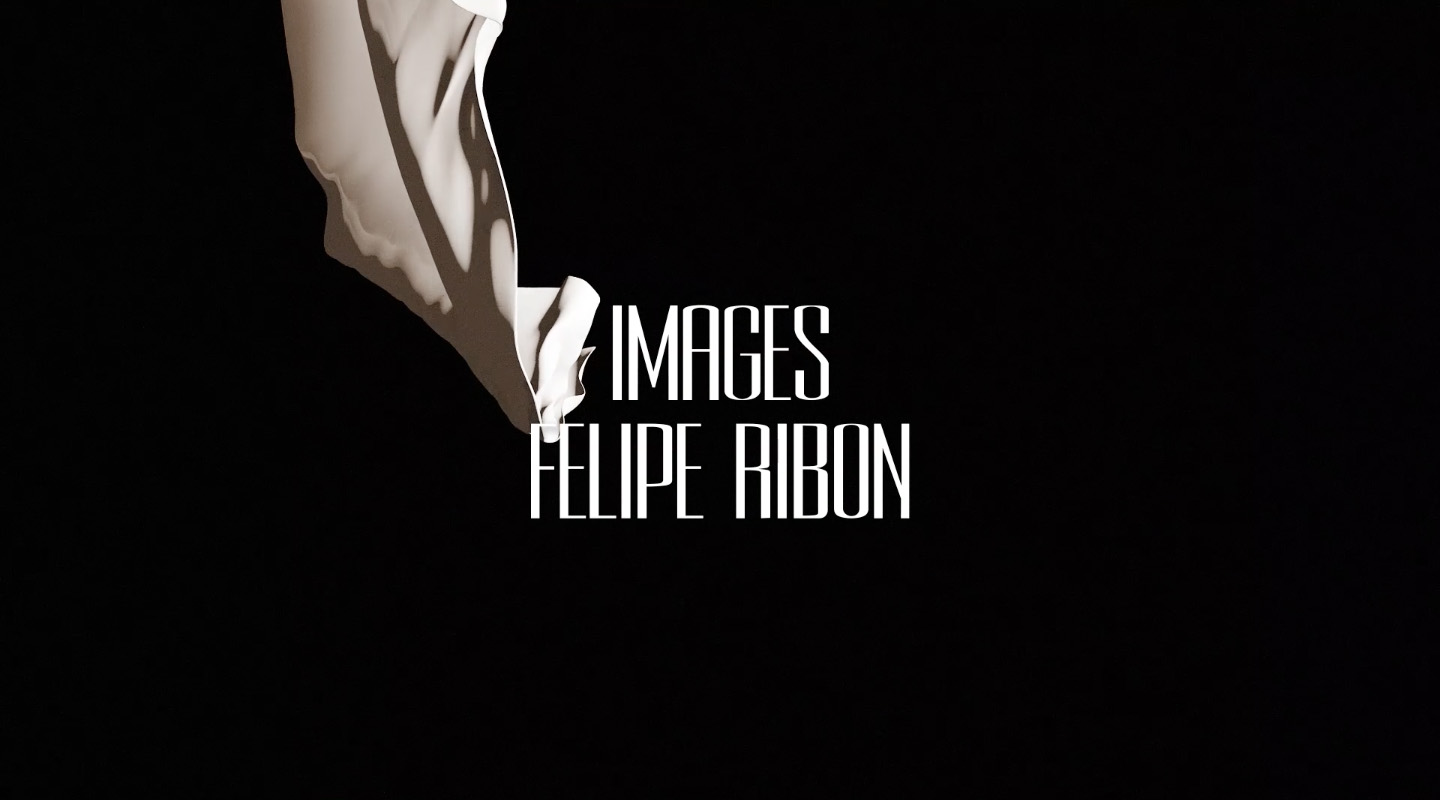 Alexandra Midal's film "Possessed", which takes place in a ghost town in California, explores the chiasm between objects that were perceived as subjects and slaves that were perceived as things during the Golden Rush era in North-America. This contrast is expressed in the film through the objects embodying a ghostly presence. This way, the visuals for the opening and ending credits establish a connection between the imagery of spirit photography developed in the 19th Century, which would portray ghostly human figures covered with white pieces of cloth and the act of covering objects the same way for protection. As the term "possessed" eludes, the title appears on a constricted piece of cloth, trying to free itself from it and slowly taking on all the space in the screen, symbolically possessing it. Credits: Film by Alexandra Midal; Editing by Mathias Zieba; Images by Felipe Ribon; Flute by Tiphaine Boulch; Graphic Design by Frau im Mond.